How Restaurants Can Boost Bar Revenue By 39 Percent 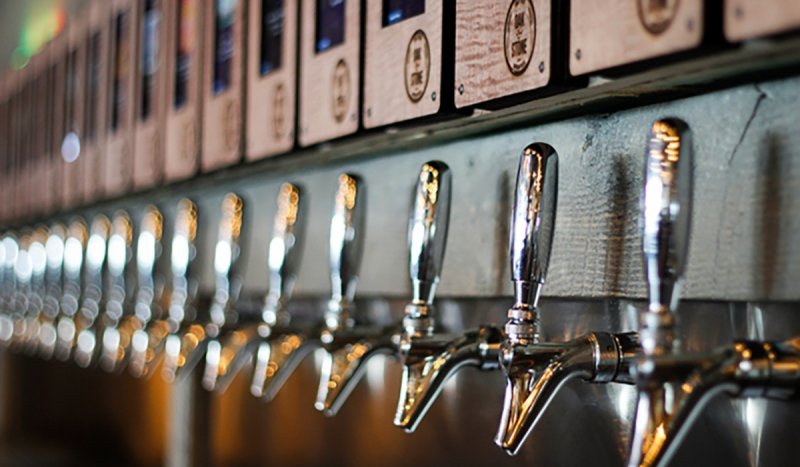 No matter how good or creative the food, casual-dining concepts have long followed the same predictable pattern: order food, eat at a table, pay, and leave. But a technology that offers a more profitable business model may be just the shakeup the fast-casual market needs.

iPourIt is a self-serve beverage dispense technology that allows restaurant patrons to pour their own beer using an RFID tracker. Guests check in and are issued a tracking bracelet at the beginning of the experience, then they are free to pour up to 32 ounces of beer from taps along a “beer wall” at their leisure.

Oak & Stone, a brewpub concept known for artisan pizza and slow-roasted wings, has iPourIt beer walls in all four of its southwest Florida locations. Co-founder Brett Decklever says the beer wall is a big differentiator that attracts both locals and out-of-town visitors.

Traditionally, guests order by the pint and if they don’t like it, they either drink something unsatisfying, or waste perfectly good beer. With the iPourIt Self-serve Beverage Technology, however, customers pay only for what they pour.

The system also increases profitability by tackling the colossal issue of product waste. Restaurants lose about 26 percent of every keg due to foam, free tasters, and overpours. iPourIt’s revolutionary technology, however, eliminates foam by capturing 98 percent of the beer that is poured. These savings, combined with a reduction in labor hours, bring operators an average revenue increase of 39 percent after installing the iPourIt system.

iPourIt also offers an opportunity for guests with similar interests to interact with each other. Patrons strike up organic conversations, exchanging tasting notes, and gain insight into the world of craft beer.

“At Oak & Stone we’ve created an ongoing social environment,” says Decklever. “Because new craft beers come out daily, it’s a constantly-changing market—but it can be difficult and expensive for many craft beer fans to experiment as much as they might like.” The iPourIt model empowers patrons to make choices, skip waiting, and have fun.

In addition to customer-facing benefits, iPourIt can drastically cut labor costs. “We typically have one employee for that area,” Decklever says. “In our first Sarasota location, we have 56 taps—if that were behind the bar, we would staff a minimum of three bartenders.” Oak & Stone locations still have separate bar areas where customers can have a seat, watch the game, and order liquor, wine, and select domestic beers when they crave a traditional bar experience.

Another attractive aspect of the IPourIt system is its ability to capture a robust set of demographic data including gender, zip code, products poured, and average ounces poured, which offers valuable insight into customer behavior.

“Every day we get a report of the number one selling beer through the least-selling beer, so we know which beers are moving faster than others,” Decklever says. “We use that data to inform our marketing efforts.”

When marketed properly, iPourIt’s self-serve craft beer wall can add variety, differentiation, and relevance to your brand. For operators who want to increase profitability and set themselves apart, it can be a fun and valuable addition to traditional bar offerings.