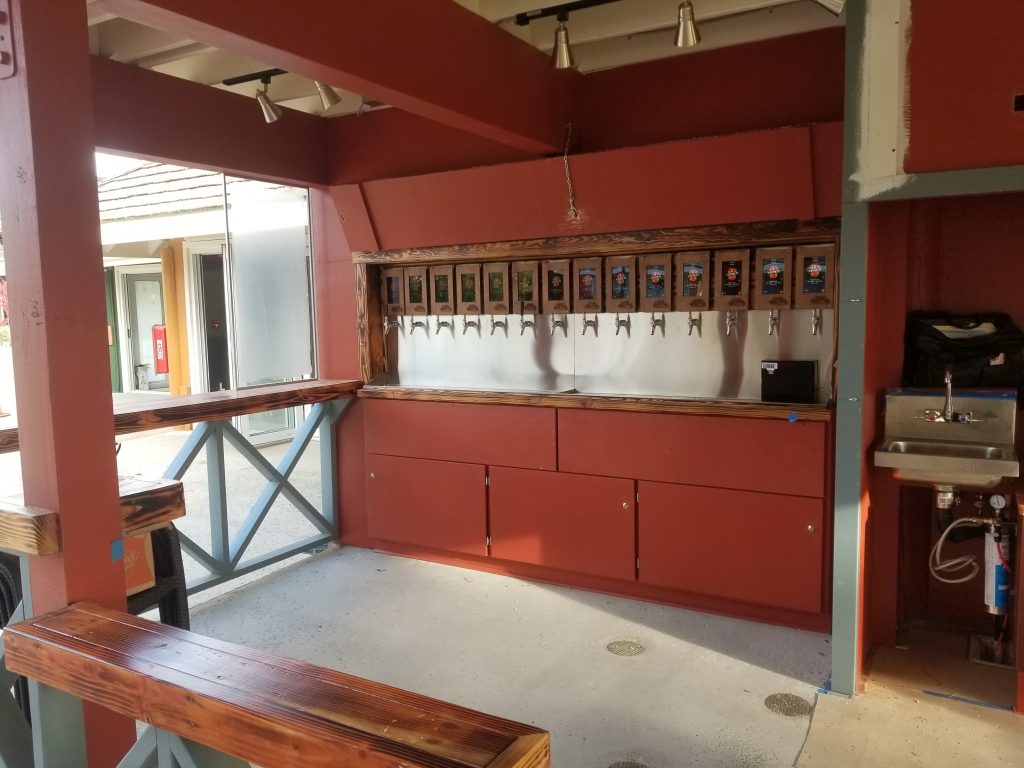 Chicken in a Barrel, a fast-casual franchise, opens a new location in Kapaa.

Chicken in a Barrel’s new location brings something special to Kapaa, Hawaii.

Chicken in a Barrel, a fast-casual franchise based in Kauai, recently franchised a new location in Kapaa. It is the first and only establishment with iPourIt’s self-serve technology on the island of Kaua’i. iPourIt installed a beer wall consisting of 14 self-serve taps.

This is the sixth Chicken in a Barrel location, but the first with a self-serve beer wall. Owner of the Kapaa location, Eric Taylor, first contacted iPourIt in December 2017 with an interest in the self-pour concept.

“In the competitive world of fast-casual food, you need an edge and a draw. We got that by installing a self-serve beer wall with a good selection of craft beers,” says Eric.

Chicken in a Barrel features a new spin on BBQ with slow-smoked barbecued meats made in custom-made drums and has been awarded Hawaii’s Best BBQ four years in a row. The new Kapaa location offers 14 self-serve taps, featuring rotating craft beers, wines, and ciders.

The self-serve beer wall offers Chicken in a Barrel patrons a new experience, allowing them to pour their own beverages and pay by the pour. iPourIt’s self-serve technology gives patrons the freedom to choose how much they pour and what they pour while avoiding long lines.

A lesser known fact about this new location is that the owner contributes all – yes, all – of the profits to fund free camps for less privileged youth at Makanalani on Kaua’i.  Makanalani is a camp set on 130 beautiful tropical acres on Kaua’i’s north shore.

Vice President of iPourIt, Darren Nicholson says, “Chicken in a Barrel is a great example of a fast-casual franchise operator taking advantage of the self-serve market. With its large lunch and dinner crowds, original menu, and involvement in the community, Chicken in a Barrel is a sweet spot for iPourIt’s self-serve technology. We are excited to work together and to help both businesses grow.”

The franchise is located right off of Kuhio Highway.

About Chicken in a Barrel

Chicken in a Barrel is a fast-casual BBQ franchise based in Hawaii offering barrel-smoked chicken, pork, beef and ribs with homemade sides. With more than 35 years of experience in the cooking style, founder Mike Pierce brings a new spin to BBQ. Family-owned and operated, with a growing franchise base, Chicken in a Barrel spreads joy through its delicious menu and spreading good values throughout the community. Learn more at http://chickeninabarrel.com/.

Makanalani is an operating farm on Kauai’s beautiful north shore.  It has been dedicated to providing free camps to less privileged youth on Hawai’i since 2012.   Makanalani funds these camps by starting and operating several businesses on Kauai, as well as through its farming operations and a robust intern program.  Learn more at http://makanalani.com.