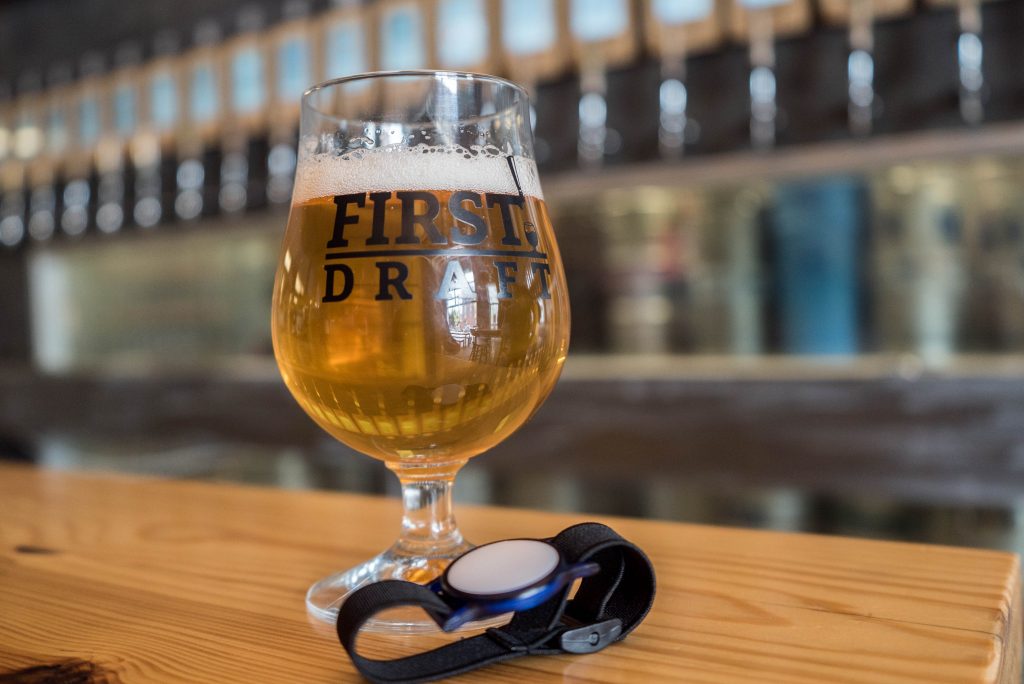 LAKE FOREST, CA – July 23, 2018 – iPourIt increases its lead in the market with the opening of its new location, First Draft Taproom & Kitchen, in the North Loop district in Minneapolis, Minn.

First Draft welcomed over 470 people for its soft opening July 13, 2018. Despite not having any marketing before the soft open, First Draft poured over 11,000 ounces within a five-hour duration. Attendees included friends and family who heard about the concept, and they were eager to be the first to experience the pour your own taproom.

Minnesota natives, Andrew Valen and Joe Maselter, became interested in the pour your own concept after a chance visit to the First Draft location in Denver, Colo. With deep roots in Minnesota, Valen comes out of the pharmaceutical industry and Maselter is a renowned real estate agent in the area. The two Minnesotans have a fascination with the craft beer industry and the unique patron experience that iPourIt technology gives. Maselter and Valen are excited to introduce the unique pour your own taproom concept to the Minneapolis market.

This is not First Draft’s first soirée in the self-serve market. First Draft has already proven success in another particularly adept craft beer market. The Minneapolis location will be First Draft’s second unit using iPourIt self-serve technology, with Denver being the original location. Co-owners of First Draft Taproom & Kitchen in Denver, Colo. Kevin and Mark Slattery were early adopters of the iPourIt technology, being one of iPourIt’s first taproom partners.

The team also welcomed General Manager Ashley Hauf and Chef Jason Littlefield to bring a unique food element to the kitchen, such as his “Minnesota Sushi,” which is a pickle wrapped in herbed cream cheese, and prosciutto and then cut like sushi. The main featured menu items include Littlefield’s deviled eggs and a craft burger. Like the importance of craft beer rotation, the craft burger and deviled eggs will rotate with different toppings and flavors to satisfy the Minnesotan palate.

Searching for viable locations throughout the city, the First Draft partners looked for a high-density area with urban development and the appropriate demographics that the iPourIt technology serves. The new taproom will be in the North Loop district under Variant, a new luxury apartment complex. The North Loop district is the fastest-growing neighborhood in Minneapolis and includes Target Field, the Minneapolis Farmers Market, and Target Field Station Amphitheater. The largest age group is Millennials, 25-34 (37%), making it an ideal location for iPourIt’s technology.

Vice President of iPourIt, Darren Nicholson, says, “We recognize how successful the First Draft concept is in Denver and their interest in participating in opportunities in other like markets. We are happy that this partnership is one that has benefitted all three of these businesses, as well as the North Loop district in Minneapolis.”

Valen adds, “Having the opportunity of starting First Draft in the North Loop is a big win for this concept, and we’re so excited to begin officially sharing it with others in Minneapolis and beyond.”

iPourIt is excited to work with the First Draft team to create a new and unique concept in the North Loop district. Customers can expect a unique and fun experience with no lines, direct access to try any beer or wine of their choosing, and a neighborhood atmosphere with finely crafted food.

First Draft Taproom & Kitchen is a unique tasting experience in the North Loop district in Minneapolis, MN. They offer a huge selection of craft beer, wine, cider, kombucha, coffee, and cocktails for customers to pour as much or as little and they’d like. Their selection of 54 pour your own taps are ever-rotating to bring a wide selection of craft and small-batch libations from across the country. Learn more at https://www.firstdraftmn.com/, and find the Grand Opening Facebook event at https://www.facebook.com/events/435050763568731/.