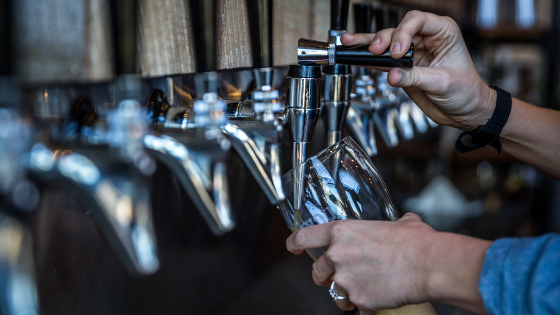 The report includes data from all iPourIt operators, which consist of fast-casual, casual dining, taproom, urban living, corporate office, and hospitality concepts. The data comes from over 14,100 beers, over 580 wines, over 45.5 million ounces of beer, and 2 million ounces of wine poured. It is the first iPourIt report to be released. What does this mean for self-serve beer wall operators?

Below, we point out five key takeaways from the 2018 iPourIt Report.

Bud Light and Coors Light top the list with the most pours. Between September 2017 and September 2018, Bud Light poured over 151 ½ barrels and Coors Light poured almost 136 ½ barrels. What can we extract from this data? As the craft beer market continues to trend, the domestic beer drinkers continue to show loyalty. Also, consumers who might be new to beer may go for what they know, and for a lighter tasting beer. As an operator, we suggest keeping the loyal domestic drinkers happy and reserve at least one tap handle to a domestic product.

Looking at the top microbrews and craft beers, you notice Firestone Walker Brewing Co. 805 at the number one spot and Narragansett Lager at number three. Firestone 805 is extremely popular in the West Coast, with 805 being an area code in California. The craft beer market is huge on the West Coast. California is now home to more craft breweries than any state in the nation. Interesting enough, Narragansett Lager almost outpours Blue Moon Belgian White with a little more than 76 ½ barrels. It’s brewed in Rhode Island. New England is also a quickly growing craft beer market. Craft beer is becoming the wine of New England.

Ace Pineapple Cider was the fourth most poured product overall with over 108 ½ barrels poured. It beat any import poured. People love ciders! Adding a variety to the draft lineup offers more selection to your patrons, making sure there’s something for everyone. For drinkers who avoid gluten or those who shy away from beer, cider is a quality option that is proven to keep up with the craft beers and domestics!

Modelo Especial is king when it comes to imports poured. You might question why Corona, Pacifico, and Heineken aren’t near the top of the list. Our guess is they were marketed to be consumed from a bottle. Either that or Modelo is just that much better. Although a Mexican lager is number one on the import list, German and Belgian beers are not too far behind.

What to Expect in the Next iPourIt Report

This report just scratches the surface of the data iPourIt collects. Keep an eye out for iPourIt’s next report! Expect to see more in-depth data, including demographics of patrons, pours by region, and more.

Want to learn more about iPourIt? Contact us here! You can also view our locations here. 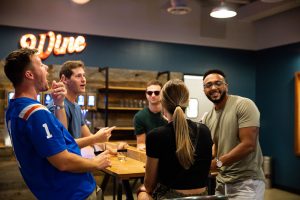 Get Tapped Into Your Self Pour Customer Base with TapVision

It’s easier to make our customers happy when we know what they like. And what they don’t like.

Top 15 Hard Ciders to Sip on This Season

The holidays are here! It’s time for cozy clothes, family reunions, pumpkin-flavored everything and… tasty ciders! 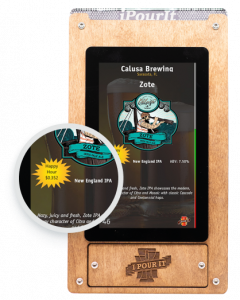