Greet the Season With These Six Winter Warmer Beers 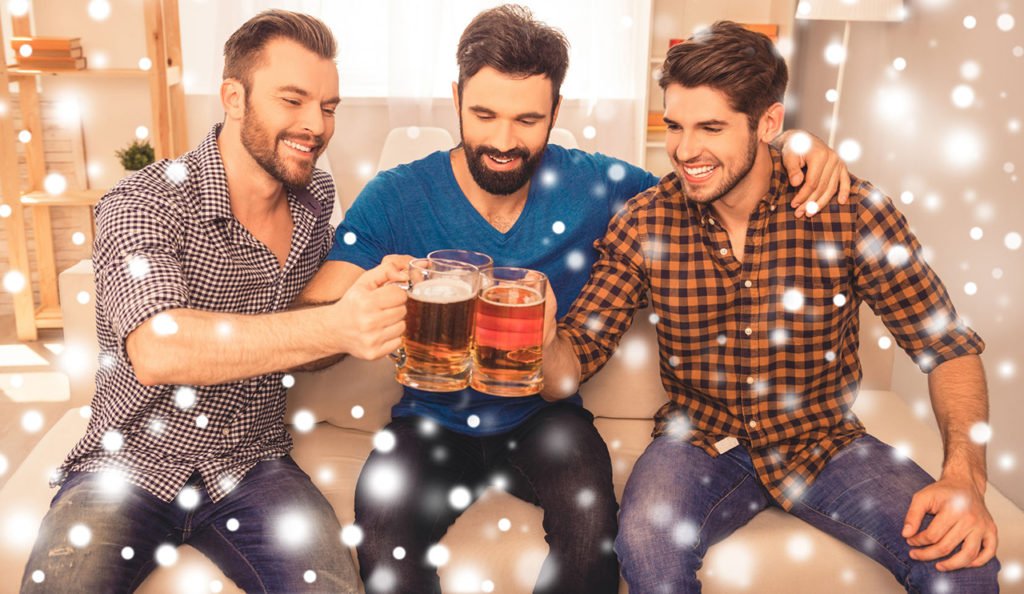 From fancy banquets to basement ragers, holiday parties and their hosts all appreciate the easiest way to spread spirit and cheer: generous amounts of booze.

The next time you’re headed out to a holiday celebration, show your hosts you care by setting them up with a curated Christmas offering of beers made specially to greet the season. A word to the wiser: Like the holiday season itself, Christmas beers are not trying to hide; these beers are full-flavored and can include any combination of sugar, spice and everything nice.

A Christmas classic, this beer, which comes each year from Anchor Brewing in San Francisco, California, is annually introduced with top-secret ingredients and freshly illustrated packaging, yet exemplifies tried-and-true tradition. Now in its 42nd year, the 2016 Anchor Christmas Ale label pays tribute to the “1,000 Mile Tree,” a pine tree that was found standing alone as American settlers built the transcontinental railroad out west. This beer pours a mahogany brown, finishes with an eggnog-colored, creamy head, and offers aromas and flavors of fruits, molasses and caramel malt.

A past winner of the World Beer Cup, AleSmith’s seasonal Double Red IPA (formerly known as the Winter YuleSmith) has the robust caramel malt body of a typical winter warmer, yet adds a punch of hop aromas and piney, citrusy flavors to balance out that malt sweetness. 80 IBUs (that’s International Bitterness Units) means this imperial red finishes bitter. Drink it fresh to enjoy the hoppy flavors in all their holiday glory.

This small-batch offering from Patchogue, Long Island’s Blue Point Brewing takes a page out of the history books—literally. Brewed based on the ingredients seen in George Washington’s beer recipe which is housed in the New York Public Library, this American brown ale of yore features New York-malted barley, corn, oats, wheat, molasses and spruce tips, and at just 3.6% ABV, it’s a tasty and welcome respite from the heavier beer and food offerings that tend to cover the holiday table.

If you prefer something a little stronger—or, a lot stronger—reach for Troegs’ Mad Elf, an annual release from this Pennsylvania brewery that brings a bit of mischief to the Christmas season. Cherries, honey and Belgian yeast dance alongside chocolate, Munich and Pilsner malts, with German-style hops to keep cloying sweetness at bay. Mad Elf’s ruby red color will bring a smile to any drinker’s lips, and with an alcohol level as high as wine, you’ll be grinning ear to ear before you’re done.

What’s better than a winter seasonal beer from a brewery? For Sam Adams, apparently, several winter seasonals. The Boston-based brand recently launched a gift-basket ready batch of holiday-inspired brews in a Winter Classic variety pack that includes Christmas spiced brews like the White Christmas white ale and Winter Lager spiced wheat bock, but the most compelling of the pack is the new Hopflake White IPA, a wheat beer base with citrusy, floral hop notes and lemongrass added to accentuate that hop aroma.

“Breck” the halls with this Colorado-born Christmas Ale hailing from Breckenridge Brewery in, you guessed it, Breckenridge. This beer is rooted in tradition—it’s brewed with the same recipe since 1993, and has no plans of changing, despite its increase in production this year. This beer boasts the spirit of the holidays with notes of caramel, slight hints of roasted malt, and a suspiciously Christmasy flavor that, according to the brewery, does not come from spices—instead, any warm and fuzzies you get are a result of the Chinook and Mt. Hood hop varietals used in the brew, which are known for their piney, mildly spicy aromas and flavors.