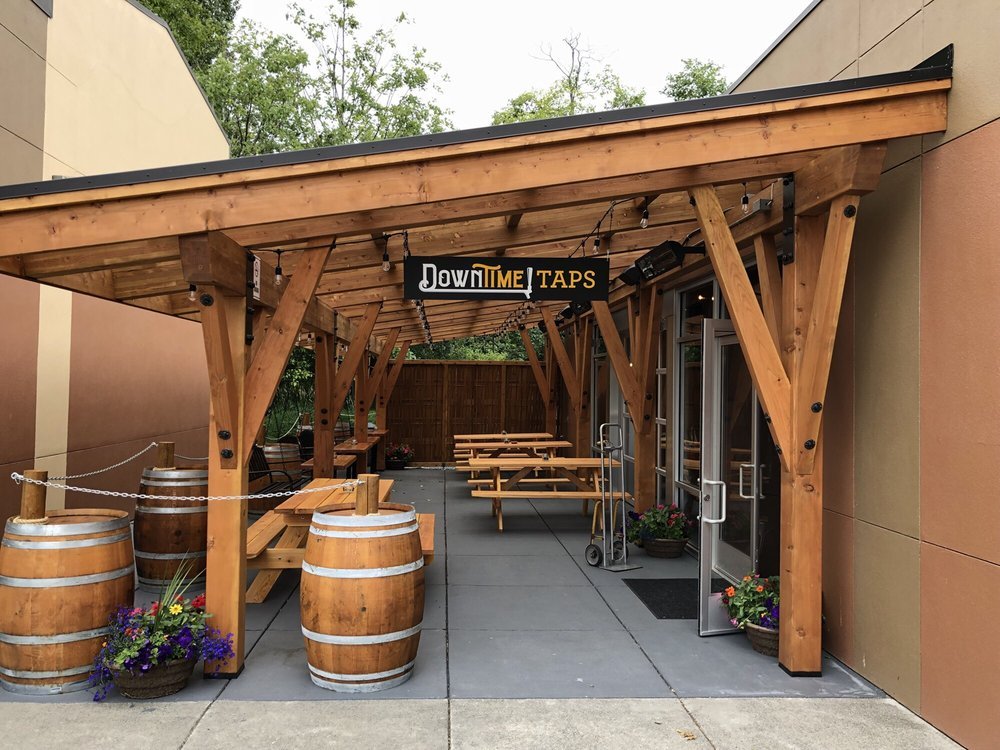 LAKE FOREST, CA – July 23, 2018 – iPourIt increases its lead in the market with the opening of DownTime Taps, the first and only self-serve tap house in all of Washington State.

DownTime Taps celebrated its grand opening on Monday, July 9, 2018. It is the first self-serve taproom using iPourIt self-serve technology in the state of Washington. iPourIt installed a beer wall consisting of 32 self-serve taps.

Co-owners Chay Tan and Tomas Aminnie worked together to revolutionize the craft beer industry in the state of Washington. Washington was one of six states not to already have legalized self-serve beer and wine. Tan and Amminie partnered with a consultant and iPourIt to present the self-serve concept to the Washington State Liquor and Cannabis Control Board. Tan’s proactivity along with iPourIt’s innovative technology and Washington State’s acceptance of the self-serve model has made this project possible.

The Ferndale tap house offers customers a simple and hands-on experience, eliminating lines at the bar and allowing customers to try a variety of beers without having to purchase an entire pint. iPourIt’s collected data shows the average patron pours only a third of a glass of beer per visit to the beer wall, saving the patron time and money. Customers can bring their own food to DownTime Taps, and the heated outdoor seats make it a year-round venue.

Vice President of iPourIt, Darren Nicholson says, “Chay and Tomas have years of success in the multi-unit restaurant and bar industry.  Their hands-on experience paired with iPourIt’s unique data reporting, and its significance in enhancing the beer-pouring and patron experience service model, we are honored to be chosen by DownTime Taps for this project.”

iPourIt is excited to work with the DownTime Taps team to create a new and unique concept in Ferndale, Wash. The 32 self-serve taproom will feature Whatcom County’s breweries, unique microbrews, wines, and ciders.

DownTime Taps puts a twist on the typical tap house. The self-serve taproom offers customers a unique opportunity to sample a variety of local beers, wines and ciders on their own terms. With 32 taps and a passion for supporting local and regional breweries, DownTime Taps is a tap house for the masses. The large indoor area, the heated outdoor seats, and the “Bring Your Own Food” concept offers customers a fun and relaxing environment! Learn more at https://www.downtimetaps.com/.