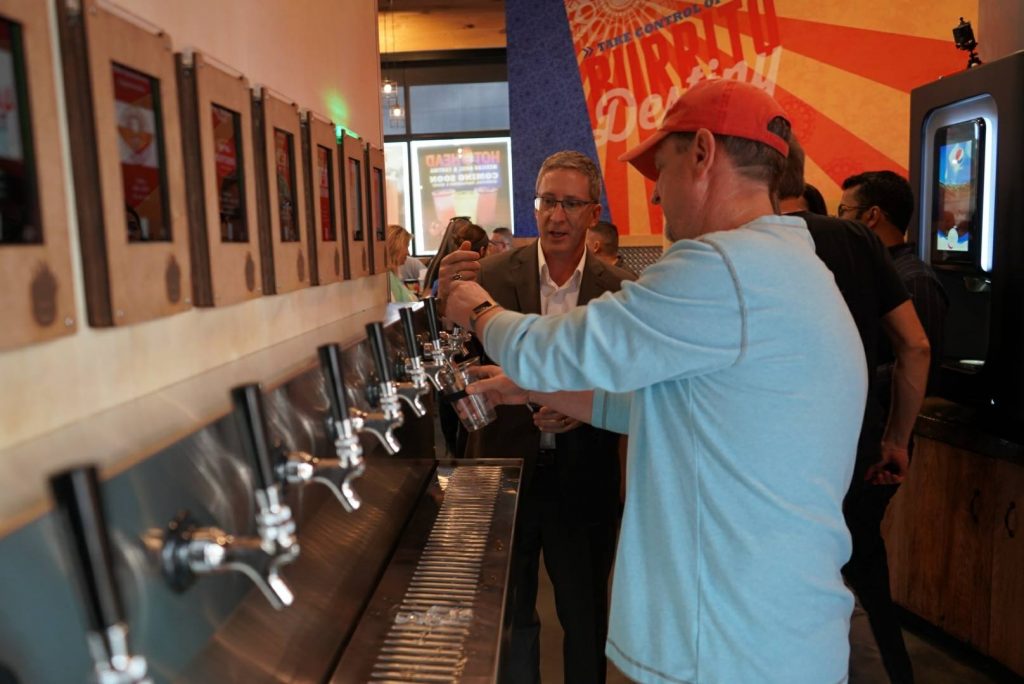 Darren Nicholson, Vice President of iPourIt, says, “iPourIt is the only system in the country that is currently offering self-serve liquor. Hot Head Mexican Grill and Cantina is the first location to implement self-serve shots with five of their taps. The iPourIt system is designed to prevent over-consumption by measuring patron’s pours and limiting the total amount they pour. Right now, Hot Head Cantina’s allows for a 1.5 ounce pour and a total of six ounces of straight liquor.”

Co-Founder of Hot Head Mexican Grill and Cantina Peter Wiley adds, “We’re excited to see the response from our customers and the success we’ll gain from offering a variety of products from our self-serve tap wall. Our goal is to provide a fun and unique experience with high quality food and quick service. iPourIt allows us to improve the patron experience while having more efficient and profitable operations.”

The Centerville location has a 27-tap self-serve beverage dispense system pouring seventeen craft beers, five mixed cocktails, and five straight liquors. Wiley explains that they also have a Pepsi Spire machine offering more than 1,000 combinations of soft drinks. Patrons can pour their own shots or make their own mixed drinks.

Hot Head Burritos Cantina and Mexican Grill is a fast-casual restaurant started in 2007 in Dayton, Ohio. The franchise is operated by dedicated burrito lovers in over 75 locations in 8 states. The franchise features freshly made-to-order Mexican cuisine including burritos, burrito bowls, tacos, nachos, quesadillas, queso, and 12 sauces ranging from Mild to Wild. The Centerville location is the first location to implement the self-serve concept with a 24-tap self-pour beverage dispense system. For more info, go to https://hotheadburritos.com/.