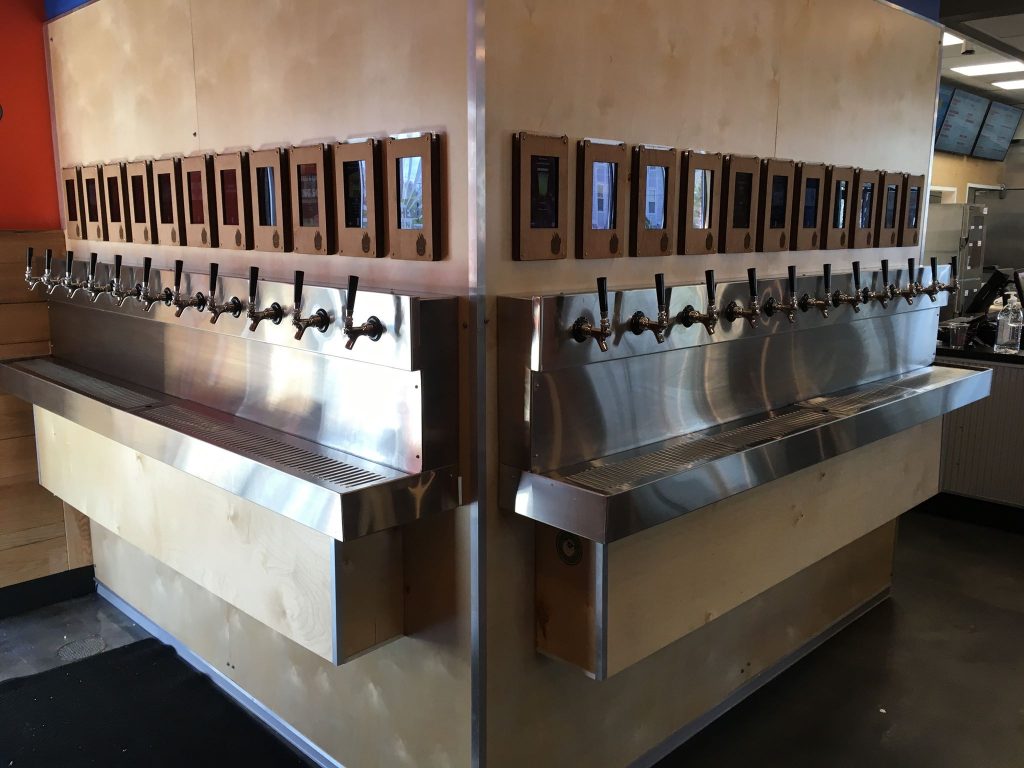 iPourIt Smarts Technology allows patrons to pour their own shots while giving operators the ability to automatically manage inventory and prevent over-consumption.

We recently announced the ability to pour shots of liquor through our system. Hot Head Mexican Grill and Cantina in Centerville, Ohio is the first and only location in the nation to offer self-pour shots of liquor (think Patron or Crown Royal) from their self-serve tap wall! You may ask, “How is this possible without over-serving?”

The answer: iPourIt Smarts Technology! iPourIt Smarts automatically calculates and measures every pour based on type of product to prevent over-consumption and to help you better manage your beer, wine, and liquor inventory.

Generally, iPourIt operators allow a limit of 32 ounces of beer and 10 ounces of wine and cocktails. In the case of Hot Head Cantina, iPourIt Smarts allows a total of 6 ounces, 1.5 ounces per pour, of liquor. Once a patron pours the ounce limit, their RFID wristband or card will no longer activate a tap to pour. Sounds simple right? But what if a patron is drinking both beer and liquor? iPourIt has the solution to control and regulate on-premise consumption!

Peter the Patron is exploring the self-pour beer wall. He decides to make his own flight and pours a total of 12.6 ounces of beer. Peter continues to explore and decides to try the Margarita. He pours 4 ounces of Margarita in his glass. How many ounces does Peter the Patron have left to pour?

Peter the Patron has a remaining 6.08 ounces of beer to pour. Or 1.82 ounces of wine or mixed cocktail.

Math’s not your thing? Don’t worry! iPourIt Smarts Technology does the math for you. Once that ounce limit is hit, Peter the Patron will have to approach an employee to permit additional ounces poured from his RFID wristband or card.

While iPourIt Smarts helps prevent over-consumption, it also provides operators with a reporting blog giving them real-time product intelligence data. This real-time data helps operators manage inventory as well as shows the types of products their customers are asking for. Each pour can be seen as a patron vote! As every pour is measured, operators can also view the amount left in each keg on the Admin Dashboard. This feature saves costly time and prevents operators from over ordering or ordering too little.

Our Smarts Technology makes iPourIt the only self-serve system in the country that calculates pours based on type of products and helps manage alcohol inventory. We offer this feature all while keeping the system configuration (hardware / dispense) the same. No changes to the system are necessary! With iPourIt Smarts, Hot Head Mexican Grill and Cantina was able to be the first location to implement self-serve shots with five of their taps.

If you have any questions about iPourIt’s self-pour technology and its features, please contact us here!