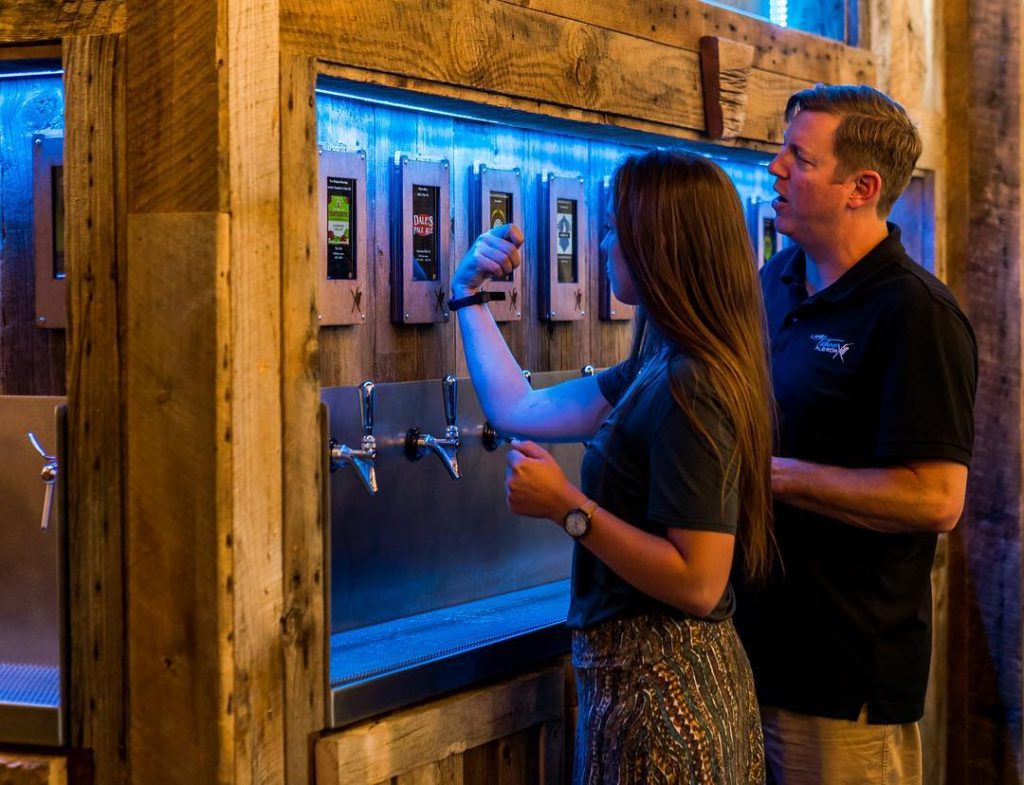 Last April for the first time, some of the Tahoe-Truckee region’s best breweries gathered for a truly unique event — a blind taste test where participants were asked to pick their favorite beers.

The contest returns in just over a week, and this year the all-you-can-drink event aims to be more accessible with reduced ticket prices and a streamlined approach.

The contest features an IPA, light and dark beer from six local breweries. All beers will be randomly tapped on AleWorX’s self-serve tapwall with the handles blacked out — making it a truly blind taste test.

That aspect is what originally drew AleWorX into the partnership, said founder and CEO Luca Genasci.

A person’s brew preference often comes down to graphics, marketing and factors that don’t actually pertain to the taste of the beer, he said. Removing those elements from the equation “really forces you to isolate the taste bud experience.”

“Last year it was really fun to see the sensory experience … because you really don’t realize how much your visual … knowledge of the graphic of a specific brewery.”

For the brewers, the contest offered a rare opportunity to bond in a non-work setting.

“There’s not a lot of times that we can all get together as brewers and not have to work the event,” Nicole Smith, co-owner of South Lake Brewing Company, said shortly after the 2018 event. “It just kind of brought the brewers together.”

The idea for the event spawned from a conversation between Genasci and Tribune Publisher Rob Galloway.

“Luca suggested tying in the Best of Tahoe we do every year but specifically focused around beer,” Galloway said around the time of the 2018 event.

For the most part, this year’s event will closely resemble the first year.

The largest difference is a steep reduction in ticket price — down to $35 from $75 last year. (Tickets can be purchased at bit.ly/TahoeBeerTicks.)

With 2018 being the first year for the event, Galloway said there was some trial and error. The reduction in ticket price this year is designed to make it more affordable for more people.

The cost of admission gets you as much beer as you want from noon to 4 p.m. the day of the event.

Along with the price reduction, organizers have simplified the process and eliminated other ticket options, which created some confusion in the event’s first year.

The beers will be randomly organized within the three styles: IPA, light and dark. Voting will be done online during the event.

For the uninitiated, AleWorX’s tapwall is self serve. Attendees get a wrist band that when held up to the screen area associated with the desired beer, the tap opens and allows the person to pour as much, or as little, beer as they want.

The technology uniquely sets AleWorX up to host such an event, Genasci noted.

Aside from the beer, there will be live entertainment (the duo of Adam Bergoch and Alex Barrera will be performing) and AleWorX food available for purchase.

Of course, though, it’s all about the beer.

“Anytime you can get a bunch of really good beer that’s local in one place for people to try I think that’s a good thing,” Galloway said.

To read more articles about iPourIt and our operators, click here!