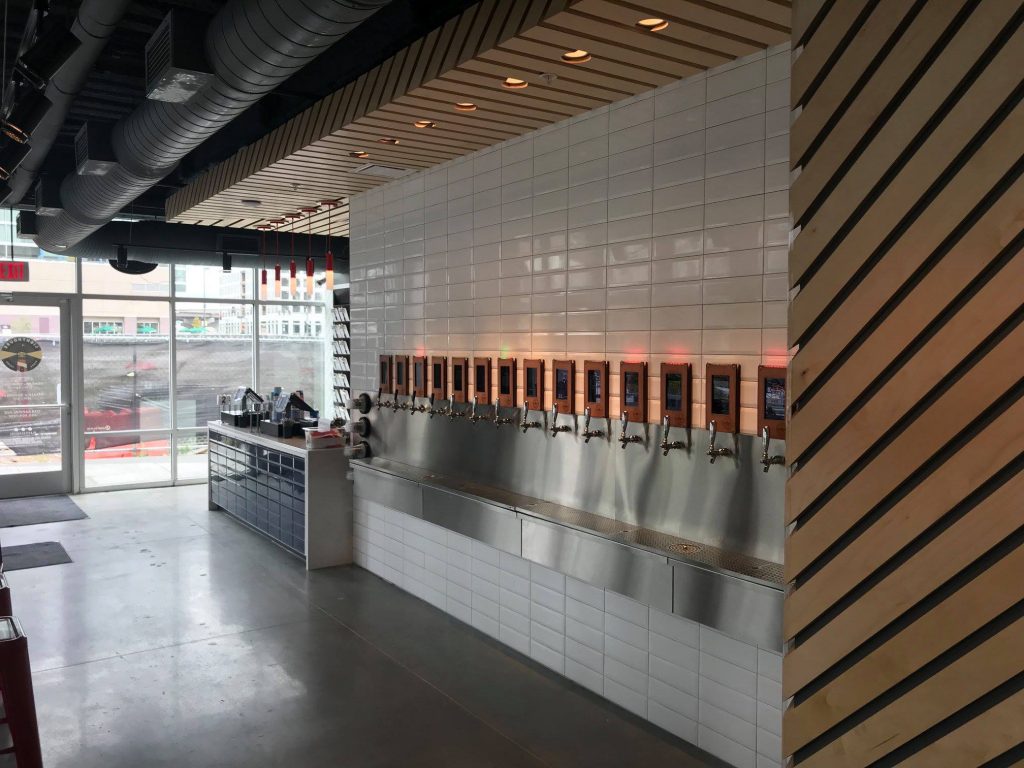 iPourIt increases its lead in the self-serve beverage dispense technology market with the installation of a 16-tap self-serve beer wall at Lighthouse Pizza. This is the first of its kind in the state of Nebraska. Co-Owner Scott Egermayer became interested in the self-pour concept early this year and wanted to incorporate it into his new location. After contacting iPourIt and hearing about the technology, support, and estimated gross margins, Scott and his brother and partner, Matt Egermayer, made the decision to work with iPourIt.

Lighthouse Pizza is a contemporary pizza joint known for its oversized slices, specialty pizzas, and fries piled high with toppings. Both fries and pizza are customizable with unique toppings and sauces.

The iPourIt system adds to the fun atmosphere and build-your-own concept with the 16-tap self-serve beer wall. The rotating taps feature local and regional craft beers and ciders. Patrons have freedom of choice and less waiting time with the self-serve concept. They can expect a unique experience trying a variety of different beers and finding their favorites.

Lighthouse Pizza is a fast-casual, contemporary pizza joint in Omaha, Neb. Known for their oversized slices, loaded fries, and specialty pizzas, Lighthouse Pizza offers a menu that is sure to satisfy any hunger. Patrons can customize their pizza and fries with unique toppings and sauces, and they can enjoy a selection of national and craft beers. Currently, there are two locations in Omaha. The newest location in the Capitol District features a 16-tap self-serve beer wall. Learn more at http://lhpizza.com/.