EAT & DRINK THIS NOW! OC WINE MART & DELI AT THE BRICKYARD IN ORANGE 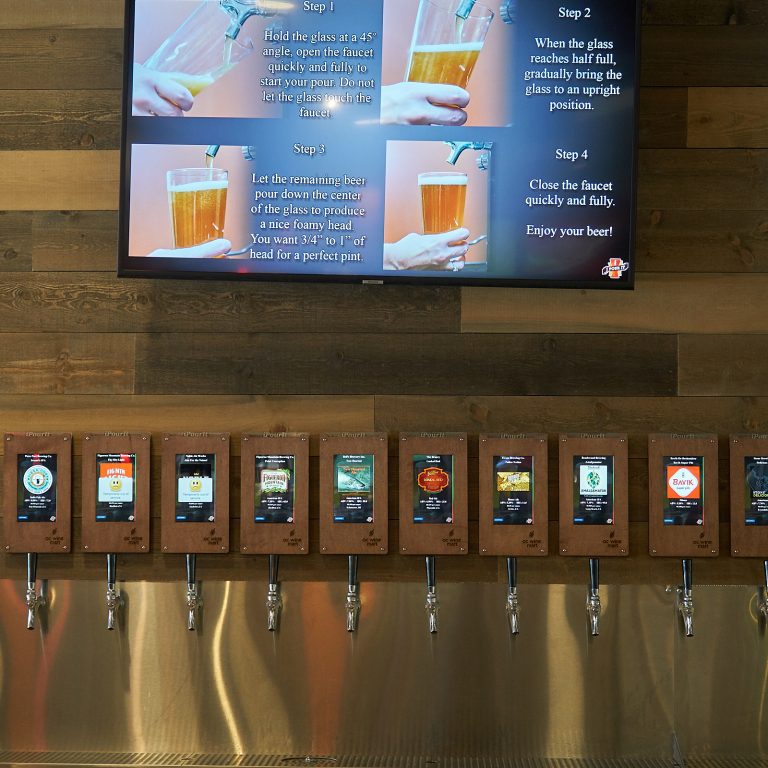 OC Wine Mart & Deli offers high-end wine, beer, and spirits, which you can pour and taste for yourself! The Orange location recently opened with 10 iPourIt self-pour taps.

There aren’t too many convenience stores that carry a high-end selection of wine, beer, and spirits. But here I am on a bright afternoon at OC Wine Mart & Deli’s shiny new location in Orange with an iPourIt wristband wrapped around one wrist and a wine card clenched in the other.

But where to start? As my grandpa always used to say, “Always start with beer.” A quick glass rinse and wrist tap on the beer system, and I’m pouring some fresh Swami’s IPA. International styles are featured, as well as local favorites from the likes of Modern Times, Noble Ale Works, Pizza Port and many more. If that’s not enough for you, there’s no corkage fee on anything in the 15 or so glass fridge cases filled with cans and bottles.

But is this a convenience store? The group of house-painters grabbing tall boys, chips, and Gatorade would probably say so, which lends for a strange, yet cool, relaxed atmosphere.

Stocked with 35 varieties, the wine bar is also self-serve and can make an average afternoon an epic flavor adventure. With a $20 prepaid card, it’s possible to taste about 10 different wines. Larger pours are also an option if you fall in love with something, as are bottles to go if you care to picnic lakeside in the nearby park.

Breakfast is served from 8 a.m. until 1 p.m., built on croissant-egg-and-cheese sandwiches and a burrito dubbed the “BTS,” which apparently is better than sex. On weekends, you can pair these with mimosas for $6.

Lunch is when OC Wine Mart busts out the Boar’s Head-based sandwiches, which are generous considering their less-than-$10 price tag and super-fresh OC Baking Co. bread that’s delivered daily. I paired the French dip with a $2.35 pour of the Prisoner, a blend of California cabernet, zinfandel, syrah, and charbono grapes. The moderate tannin and lavish flavors go quite well with something as basic as a dipped sandwich.

If you want to up your food game, the rest of the menu offers a bit of eloquence with cheese and charcuterie boards; an olive medley; bruschetta; and a tomato, mozzarella, and pesto flatbread.

With all of these options, there’s no way to try it all in one visit. I guess I’ll have to come back soon.