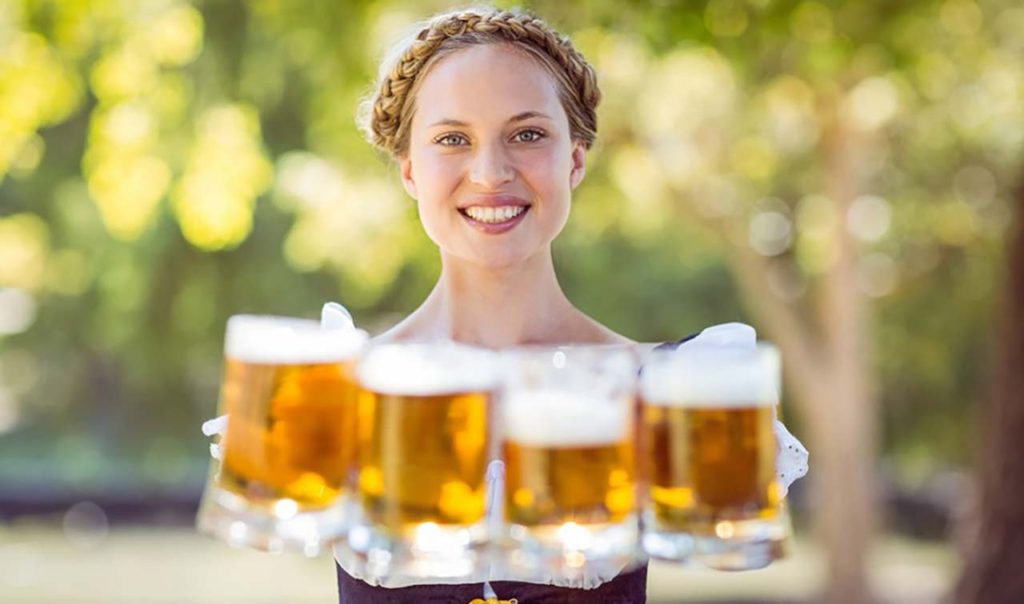 Oktoberfest, the world’s largest beer festival held annually for 16-18 days in Munich (and imitated worldwide), officially kicks off September 17. For America’s beer drinkers, that means from mid September through the rest of the fall season, Oktoberfest-style beers will be readily available at bars, restaurants and public houses all over the country.

Oktoberfest beers (also known as Vienna-style lagers, Marzen lagers and festbiers) are ideal for standing up to heavy foods and festivities, so look for these five when you’re out celebrating at iPourIt bars this Oktoberfest season.

As one of America’s largest craft breweries, Sierra Nevada has the benefits of size and over two decades of brewing expertise to perfect their Oktoberfest lager. The Chico, California-based brewery (now with a second brewery location in Fletcher, North Carolina) partners with a different German brewer every year to explore a new approach to the style. For 2016, it’s Mahrs Brau of Bamberg, Germany, and it’s sure to impress with its golden color, complex German malt bill, and various hop varietals.

Weihenstephan, a brewery in Freising, Bavaria, has been around since the year 725, making it the world’s oldest brewery. Basically, you can trust that their beers are done right. Their golden festbier is a full-bodied but easy drinking seasonal lager brewed specially for the Festbier season, and it’s definitely worth a taste if you see it.

Located in Paso Robles, California, which translates to “Pass of the Oaks,” Firestone Walker drew upon its own geographical location to name this “Paso Marzen Bier” for Oktoberfest season. Ingredients feature traditional imported Pilsner and Vienna malts for sweetness and noble hops for spice. This beer is only released in September and October, so get it while you can.

This microbrewery in Greenville, South Carolina may take the English spelling of “October,” but the beer inspiration is all Deutschland. The German-style amber lager features toasted malt flavors, traditional German or “noble” hop balance, and at 6.5% ABV, will have you feeling Oktoberfest-ive whether you’re drinking from a mug in Munich or sipping a small glass in South Carolina.