What is a Phantom Pour? Avoid Costly Pouring Issues with iPourIt Self Pour Technology 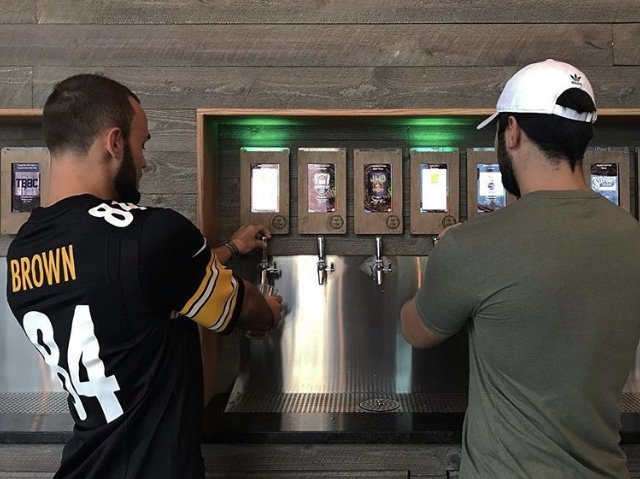 iPourIt operators recognize a minimal loss in revenue and maximum keg yield to increase profits. Preventing the “Phantom Pour” is one reason why.

With iPourIt, operators have minimal loss in revenue. iPourIt operators recognize a 99% keg yield on average. When the patron is self-serving by the pour, there are no free tasters, no returns, and no sweet-hearting for free drinks. iPourIt’s self-pour system also prevents the “Phantom Pour,” which can cost an operator around $23 per keg!

To understand what a Phantom Pour is, let’s first discuss how a typical self-pour system operates.

Between the keg and faucet is a valve and meter assembly. The valve controls the flow of beer and the meter measures the amount being poured when the valve is open.

Simply put, valves should be installed as close to the faucet as possible due to the laws of physics. Normally, a balanced beer system is pressurized with CO2. Depending on the length of your beer lines and the distance the beer is traveling, your beer system could also be pressurized with Nitrogen to give the beer an extra boost without over-carbonation.

Let’s say the beer is traveling 25 feet from a remote cooler to your beer wall. Some claim that the valve and meter assembly can be installed in the cooler with the beer. This can be done, however, it comes with a cost. That cost is the Phantom Pour. Who pays for the Phantom Pour? As the operator, you do.

How does a Phantom Pour happen?

When a patron uses their RFID wristband, the valve opens and allows the pressurized beer to flow from the keg through the open faucet. Once the patron closes the faucet and the meter stops turning, a signal is sent to the valve and it closes.

Between the valve and faucet sits 25 feet of beer line filled with beer pressurized at ~ 12-24 psi depending on line length, etc. If someone were to then open the same faucet without the valve being opened, which is a common occurrence, a small amount of beer leaks out. The laws of physics want the beer line equal in pressure to the surrounding atmosphere. This means that depending on the pressure, a small portion of beer will come out of the faucet without being measured.

If you or I were to now use that tap with our RFID wristbands, the valve would open and re-pressurize that beer line. The meter would do its job and measure that beer and charge it to you or me without actually getting it in our glass! As patrons, we would pay for something we didn’t receive.

Other companies claim they can fix the Phantom Pour issue, but it’s the operator who pays for it. Let us explain.

To ensure patrons don’t receive an additional $0.01 – $0.07 cost associated with a Phantom Pour, other companies will add a threshold in the meter calculation. This prevents a charge for the first 0.1 – 0.2 ounces to EVERY pour.

If you’re told it can be done, understand that it’s coming at a cost.

To get more information on how iPourIt’s self-serve beverage dispense technology can help you increase profits and improve operations, contact us here.