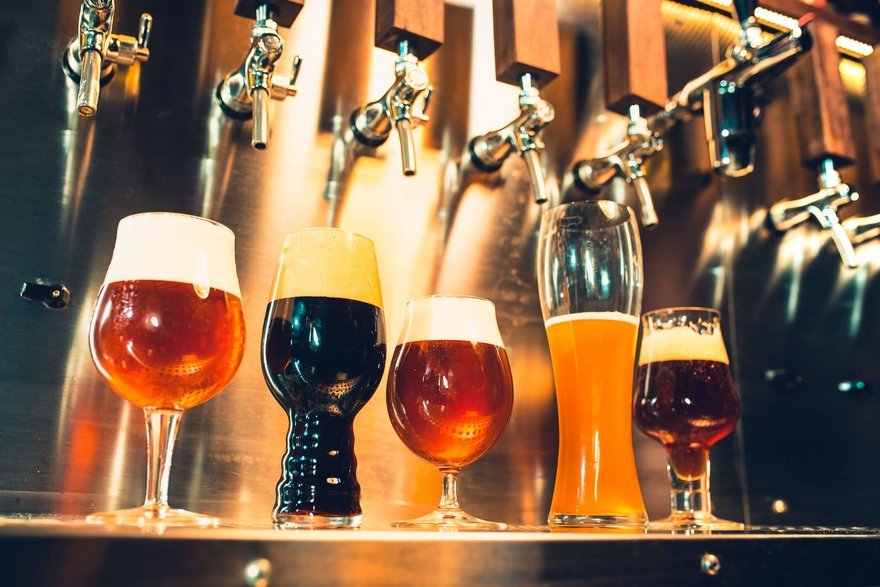 Data was collected from over 180 locations that have iPourIt systems from September 2018 through August 2019. The locations range from casual and fast-casual restaurants, taprooms, corporate offices, and hospitality and urban living concepts.

Data from more than 16,000 beers and 3.44 million pints of beer, and over 860 wines and 93,312 bottles of wine, were tracked and analyzed to provide operators with valuable, actionable data.

Did those rankings change? Let’s find out!

Similar to the top 50 microbrews and craft beers, the beers ranked numbers one and two in the top ten domestic beers category haven’t changed from last year: Bud Light and Coors Light. However, Pabst Blue Ribbon was ousted by Michelob Ultra for third place. PBR slid into fourth place, and almost twice as much Bud Light was poured in the period ending after August of this year (529,161 ounces) than last year (300,000-plus ounces).

IPA didn’t just dominate in terms of beer styles—it was the top beer choice for men (6,891,008 ounces) and women (2,331,799 ounces). Second through fifth of the top five pours by style for women were cider, lager, specialty and white wine. For men, second through fifth were lager, stout, cider and hefeweizen.

The top three import beers—Modelo Especial, Stella Artois and Delirium Tremens—remained the same from 2018 to 2019. What did change is the amount of these beers that was poured. Last year, over 186,000 ounces of Modelo Especial and close to 142,000 ounces of Stella Artois were poured. This year’s report revealed that those numbers jumped to 353,848 ounces and 271,846 ounces were poured, respectively.

Pratsch Rosé kept the number one ranking among iPourIt rosé wines but went from almost 62,700 ounces poured to 57,647 (2,270 bottles). The second through fifth rosés were, in order, Angeline Rosé of Pinot Noir, Meiomi Rosé, Gotham Project Sabine Rosé, and Palladio Rosé. Last year, it was revealed that Oak Ridge Winery OZV Rosé had claimed second place with more than 31,700 ounces poured. This report found that less than 10,000 ounces had been poured between September 2018 through August 2019, seeing it tumble to tenth place.

Female guests, identified as such by iPourIt RFID tech, poured 18.84 ounces per visit on average, spending $10.92 at the pour wall. ACE Pineapple Cider, Michelob Ultra, and Coors Light were the top three pours among females.

Guests identified as male via RFID poured 25.27 ounces per visit on average and spent $12.83 at the pour wall. Coors Light, Bud Light and Modelo Especial were the top three pours for males.

The fact that the top slots for each category of beer and wine mostly remained the same tells us a couple things. First, the cliché “the more things change, the more things stay the same” is somewhat true. As we’ve reported, people do want to try new things…but not all the time. Second, most people want to remain in their comfort zones and find familiar items on menus. It’s important to keep up on trends and new products but operators, unless their venues are known and visited for their eclectic offerings, should always have at least a few familiar products available.

Due to multiple factors, likely including more operators embracing self-serve beverage tech and installing iPourIt walls, beer and wine pours are up year over year from 2018 to 2019. Beer and wine grew 24 percent and 27 percent, respectively, representing overall growth of 24 percent.