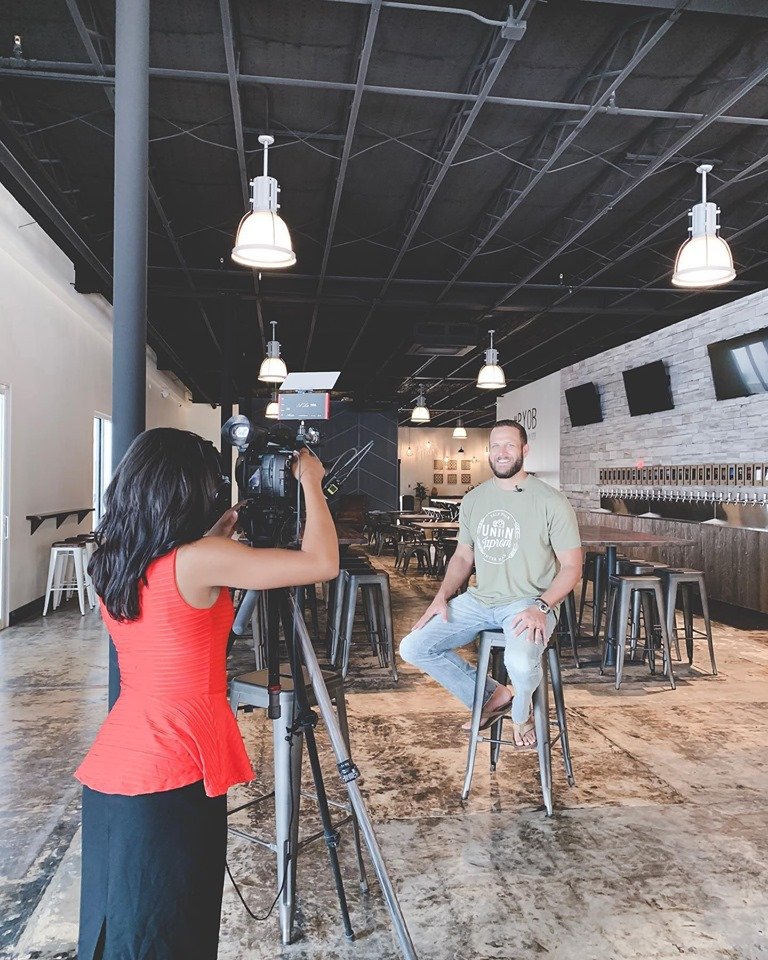 The Union Taproom, located on W. Central Avenue a few doors down from the Ritz Theatre in Winter Haven, will serve 34 different craft beers, along with wine and Kombucha.

“Craft beer is really making its way into Winter Haven, Polk County,” said Union co-owner Colin Wells. “Especially Grove Roots Brewing down the road has really shined a light on the craft beer crowd that nobody really knew existed here. Winter Haven is just ready for something a little different.”

Wells and his wife Meagan said it only took a year and a half to get the business going from conception to finish. They got the idea from a trip to Aiken, South Carolina.

Here’s how it works: Upon entry, employees will check the customer’s identification and swipe their credit card. A radio frequency identification bracelet is then connected to their tab.

When the customer goes to the beer tap wall, they press the bracelet up against the reader for the selected beer, unlocking the beer tap. The reader is connected to their tab and keeps track of how much beer is served and of which variety.

The system cuts people off at 32 ounces per pour.

The owners said they plan to switch up the beer offerings often.

“There’s a lot of great breweries all over the country, all over the state that people don’t always have access to,” Colin said.

“Another good thing about it is you can be at the tap wall and find out from other people that are here what they like and what they’ve tried,” Meagan said. “It kind of gets you interacting with people that you maybe wouldn’t interact with anywhere else. So that’s kind of the concept or where we came up with the idea of Union Taproom, was kind of just bringing people together.”

And not just people. Colin said they’ll have a broth-based “beer” for dogs and board games for children. They also plan to have live music on the weekends.

“We’re family-friendly, pet-friendly — we want it to remain a safe space,” Colin said. “We’ve got some safeguards to prevent over-serving, that kind of stuff. Really just about enjoying good beer.”