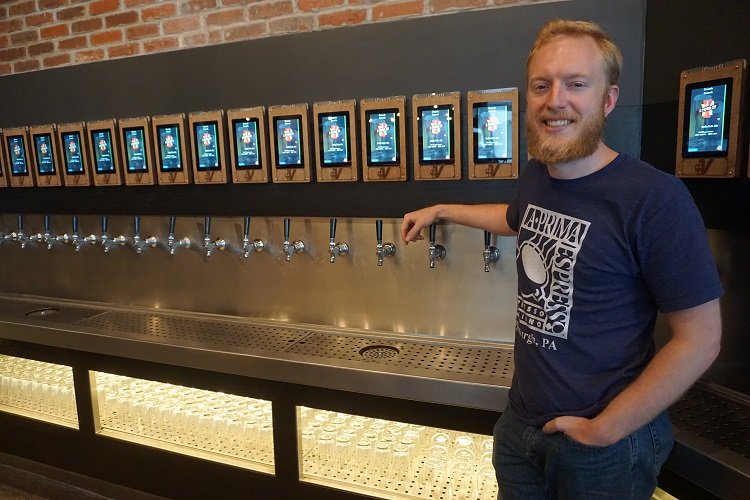 The Vault Taproom opens this week in Pittsburgh with a 30-tap iPourIt system, offering an elevated tasting experience.

Want a beer at The Vault Taproom? Get it yourself.

Opening on July 18, the South Side restaurant boasts an iPourIt self-serve draft wall with a rotating selection of beers and wine. When customers arrive, they check in with a credit card and driver’s license and are issued a scannable pass, giving them access to 32 ounces of beer, 12 ounces of wine or a combination of the two.

Digital screens above each tap display information such as the beverage name, type, brewer, ABV, IBU and price per ounce. The ability to pour as little or as much as they want allows the patron to sample a variety without breaking the bank. If they exceed the allotted amount, the iPourIt technology instructs them to visit a staff member for additional ounces.

“We can see in real time what they’ve been pouring, how much and for how long,” he explains. “Being an engineer, I’m a data guy, so all of this is very attractive. It makes everybody’s job here a lot easier.”

Wolfe and his business partner Josh Hammaker, both University of Pittsburgh grads, hatched the idea for The Vault in 2017 after seeing a similar concept at a bar in Charlottesville, Va. The opportunity to pour small samples of multiple brews made the dining experience feel more like a beer festival.

They initially planned to open in a former bank in Lawrenceville, but decided East Carson Street was a better fit for their brand. Restaurant consultant Ron Sofranko helped bring the dream to life.

The Vault now occupies the long-time home of the Beehive Coffeehouse and Trixie’s Bar and Game Room.

There’s seating for 110, including at the U-shaped bar accented by colorful changing lights, where folks can order signature cocktails.

Wolfe says the high-tech taps will attract curious customers, but the food will keep them coming back.

Executive Chef Todd Cassell, an Ohio native, was classically trained at New England Culinary Institute in Vermont. The Vault’s menu is a fusion of southern favorites with a French influence, family recipes and ideas he’s picked up through his travels.

Other options include Chicken Noodle Pho and a take on a traditional reuben — smoked brisket topped with Gruyère (instead of Swiss) and house-made Thousand Island dressing on Mancini’s rye bread.

“Everything is a little bit elevated,” Cassell says of the eatery. “It has a fine-dining presence at a fast-casual price.” 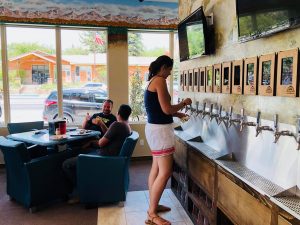 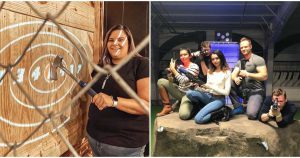